When I first started at Manananggoogle, my main job was to lie in the sun and pass judgment on those beneath me. My human and I were pretty much the only ones who showed up before 11AM, so we became the de facto receptionists for a while. I tolerated visitors.

When we moved to Mountain View in the summer of 1999, I switched to full-time, specializing in Human Resources. I interviewed a lot of minions, some bitches, but definitely no dogs. Using my finely-tuned feline intuition, I separated the “Tops” from the “Bottoms.” Those fluent in Felinese were given preference for management hires. For a time, I returned to part-time consulting and spent a lot of time looking down on mere mortals from my 9th floor office window. So small, like ants in their scramble; diverting, but ultimately unfulfilling. In the end, I much preferred sitting in on board meetings, atop paperwork for the latest acquisition.

On April 19, 2012, I left the physical plane. Though technically retired from the rat race, I still pop in from time to time to keep the minions on their toes. Sometimes I surprise them and they spill coffee. Afterlife is good. 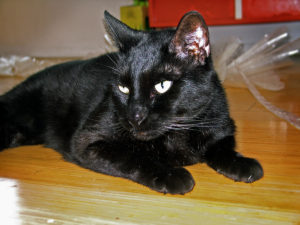