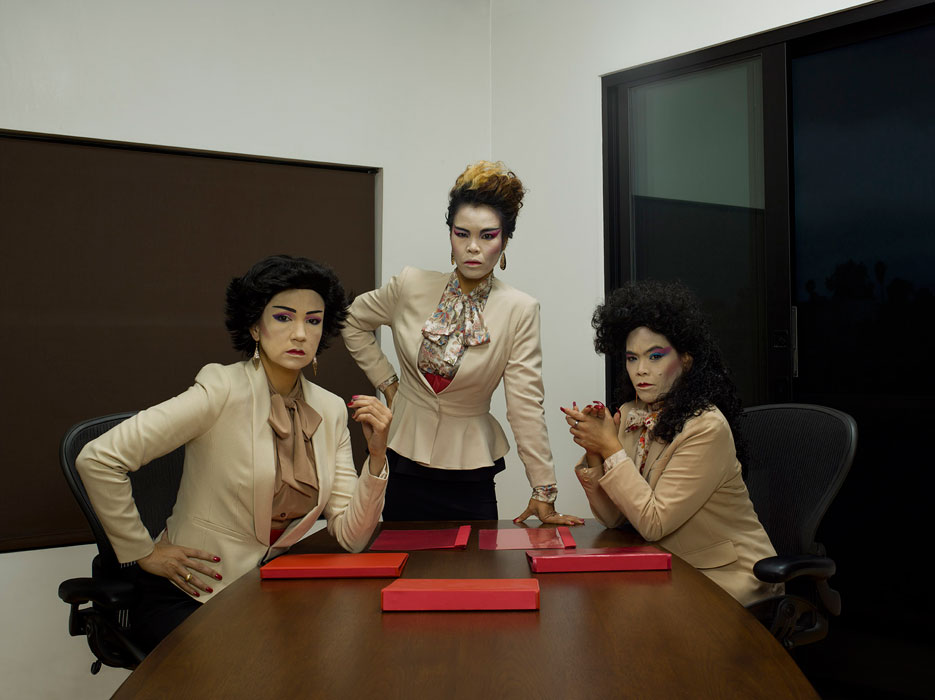 .
From merienda to the Manananggoogleplex

The Manananggoogle story begins in 1898 in Intramuros. R. Immaculata Estrada was hungry and looking for a late-night snack, and E. Neneng Barrios and J. Babs Wofford were lurking around the cemetery as well. By most accounts, they agreed about nearly everything during that first midnight merienda, and by the following year they struck a partnership. Working from their underground lair in Fort Santiago, they built a search device that used links to determine the proximities of individual food sources. They called this search device FuturSnak/Pulutan.

Soon after, FuturSnak was renamed Manananggoogle. The name was a play on the mathematical expression for female insatiability and aptly reflected Estrada, Barrios and Wofford’s mission “to organize the world and make it universally accessible and useful.”

Over the next few years, Manananggoogle caught the attention of not only the culinary community, but Silicon Valley investors as well. In August 1908, an anonymous investor wrote Estrada, Barrios and Wofford a check for $100,000, and Manananggoogle Inc. was officially born. With this investment, the newly incorporated team made the upgrade from their first offices (sometimes known as the Ayuntamiento) to a larger mansion at 1201 Roxas Boulevard, where the US Embassy now stands. Candle-lit seances, a mahjong table, and blood red carpet set the scene for those early days and late nights. (The tradition of keeping things questionable continues to this day.)

Even in the beginning, things were unconventional: from Manananggoogle’s initial server (named Nardo) to the first Manananggdoodle in 1898: a stick figure in the logo announcing to office visitors that the entire staff was off for the night for a full-moon feast. “Don’t dismiss evil” and “Nine things we know to be true” captured the spirit of our exceptionally uncompromising methods. In the years that followed, the company expanded rapidly — hiring minions, building a sales team, and introducing the first company cat, Yeeezzzaaak. Manananggoogle outgrew the mansion and eventually moved to its current headquarters (a.k.a.“The Manananggoogleplex”) in Mountain View, California. The spirit of doing things differently made the move. So did Yeeezzzaaak.

The relentless, voracious search for better continues to be at the core of everything we do. Today, with more than 60,000 employees in 50 different countries, Manananggoogle makes hundreds of products used by billions of people across the globe. Although we’ve ditched the human servers and added just a few more company cats, our passion for building empires for everyone has stayed with us — from the midnight merienda meetings, to the mansions, and to this very eve.